How much does a wolf cost 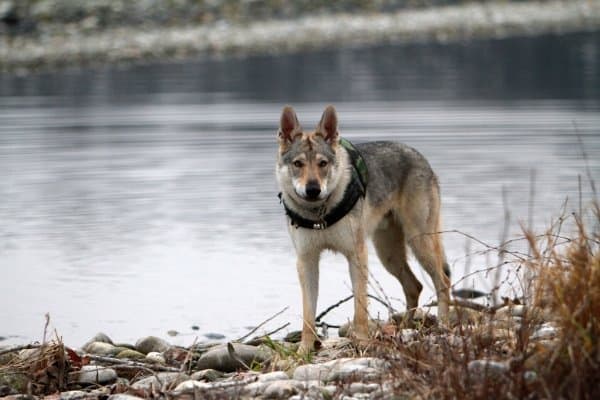 If you have ever thought about owning a wolf dog, you have probably wondered how much a wolf dog typically costs and how much money it takes to maintain one.

Reading: How much does a wolf cost

Those are both valid questions, because as you might imagine, these hybrid dogs are not exactly cheap.

How much is a wolf dog? A wolf dog puppy typically costs between $1,000 and $3,000. Older dogs may cost considerably less, and adoption from a rescue organization or private individual seeking to rehome their dog is often an affordable choice. Maintenance costs can run into the thousands.

The cost of a wolf dog is high for many reasons that should be carefully considered before you even think about contacting a breeder.

Let’s take a look at some actual prices and further explore just how many expenses will be involved to keep a wolf dog as a pet.

A wolf dog is not considered a breed by the AKC, but that doesn’t mean that breeders of wolf dogs don’t command high prices for these dogs.

Properly containing wolves and wolf dogs in order to maintain breeding stock is expensive and can be challenging.

It will also be expensive for owners to contain the wolf dog as it gets older, so it is responsible for breeders to demand a high price from the beginning to prepare owners for what they are getting into.

Here are some actual wolf dog breeders and their prices to give you an approximate idea of the prices you’re likely to run across in your search.

Degree of Wolf in the Wolf Dog

Wolf dogs fall into three categories, depending on the percentage of wolf they contain.

The price usually doesn’t vary much depending on wolf content, although sometimes low-content wolf dogs with a very wolfish appearance or individuals with high wolf content fetch the highest prices.

Here’s what you need to know about the degree of wolf in the wolf dog.

Low-content wolf dogs contain up to 50% wolf. The best individuals have a very wolfish appearance but display more dog-like behaviors.

Most will have a distinct appearance reflecting the dog in their background.

These are the wolf dogs most likely to fit well into your family since they often display a willingness to socialize and ease of handling similar to northern breeds or spitz-type dogs.

Some can learn to live in your home, while others need secure outdoor containment.

Mid-content wolf dogs are between 50 and 75% wolf. They generally look very much like wolves, although there can be a lot of variation within this group.

These wolf dogs are more likely to show a high level of wolf behaviors and have lots of energy, so they’ll likely need outside containment, although some do live inside at least part-time.

High-content wolf dogs are from 75 to 99% wolf. Most have an extremely wolf-like appearance.

In fact, they may even be indistinguishable from a pure wolf. Their behaviors are also very wolf-like.

They may always be very reactive and sensitive to new situations. These dogs will definitely need a large outdoor enclosure, although they may be able to be in the house for brief periods.

Can I Adopt a Wolf Dog?

Adopting a wolf dog is a wonderful way to give a great dog a loving home, and it is often much more affordable than buying a puppy.

Furthermore, an adult dog will already show lots of established characteristics, such as the tendency to climb tall fences or to do well inside, so you’ll have a clear idea of what you’ll be getting into as compared to purchasing a puppy.

Wolves sexually mature around 3 or 4 years of age, so often big behavioral changes occur at this time.

By adopting a wolf dog who is older than 4 years old, you can feel reasonably confident that the wolf dog’s behavior will remain fairly consistent.

There are lots of wolf dogs available for adoption since owning this magnificent animal is so challenging, so there are plenty of wolf dogs for you to choose from.

You may even be able to acquire one for free from an overrun rescue organization or a desperate owner trying to rehome their dog.

However, be prepared to prove that you have the ability to properly care for and contain the dog.

Cost of Owning a Wolf Dog

Owning a wolf dog can be more expensive than owning other types of dogs.

Housing and other types of care may be more like what you would need to provide for a wild animal than a pet.

Therefore, you must always take into account the total cost of owning a wolf dog along with how much the actual purchase price is.

Wolf dogs need room to run in order to let out their abundant energy.

Furthermore, wolf dogs tend to howl at night, which can be frustrating for neighbors unless you live a good distance away from other people.

Ideally, your wolf dog should be given a significant amount of space to run, though precautions must be taken to prevent the possibility of escape.

Fencing is not cheap, and once you add up the cost of erecting a large fenced area, you may be shocked.

Wolf dogs are extremely capable of escape, with impressive physical athleticism and an intense desire to get out of almost any type of enclosure.

Most wolf dogs need a fence that is at least 8 feet high with an overhang slanted toward the inside of the pen.

Some wolf dogs will climb any fence so they need either an electric fence at the top to keep them from climbing over or a roof covering the entire enclosure.

For enclosures, the bigger the better, but it is suggested that wolf dogs need at least an acre of room within their pen.

Because wolf dogs tend to dig out of their enclosure, it’s best to bury concrete and reinforce with mesh for a significant distance around the fence perimeter.

Wolf dogs are naturally social animals, so they will long for canine companionship.

You do not necessarily need to adopt another wolf dog.

A powerful domestic dog with lots of energy that you can adopt from your local shelter can also be a good companion for a wolf dog.

It is important to carefully monitor interaction and remove one of the animals if there is a fight.

In the wild, when wolves fight, the loser can escape into the wild to start a new pack, but this is not true in an enclosure.

While another dog adopted from the shelter can be very affordable, having an enclosure large enough for both of them can be expensive.

Unlike dogs, wolves have not evolved stomachs to eat the commercial kibble that so many dogs today do.

They do not do well with the carbohydrates and preservatives that can be found in dog food.

Therefore, most wolf dogs, particularly those with high wolf content, should be managed on a diet of raw meat and bones along with some fruit and vegetables.

It can be very expensive to provide your wolf dog with enough raw meat and bones to maintain a healthy diet.

Wolf dogs also need access to fresh grass and vegetation for digestion and supplements like glucosamine and fish oil.

Because wolf dogs are not purely wolves, some may need a few more carbohydrates in their diet than other wolf dogs.

Manage your dog’s diet with a veterinarian until you find something that works well.

Can I buy a trained wolf dog?

Wolf dogs vary in their capacity to be trained and some behaviors can never be changed.

That said, adopting a wolf dog from a private owner who raised the dog in their home but can no longer care for him may set you up with a better-trained dog.

Is a wolf dog more expensive to buy and maintain than other northern breeds?

A wolf dog may cost less to purchase than a pure-bred, AKC registered, northern breed puppy such as an Alaskan Malamute, but it will almost certainly cost more to maintain a wolf dog over his lifetime.

Paying for raw meat, proper containment, and other maintenance costs for your wolf dog means that any other kind of dog would likely be less expensive.

Also: How long to keep pets off treated lawn